My Penname is Tex Dermott 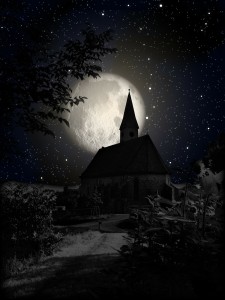 My real name is Terry McDermott, but I have discovered that many other people share my real name. They include a singer, another writer, and an Olympic gold medalist. Tex was my nickname when I was in high school in Maryland because we had previously lived near Houston. When we moved back to Arkansas, some of my friends called me Dermott. So my penname Tex Dermott is a combination of both nicknames.

The things I enjoy the most are reading, writing, and wrestling. Most of my stories are surreal and some of the characters are wrestlers. My stories are posted on two blogs, and maybe one day I will self-publish.

Earlier this year I was appointed to the Election Commission in the county I live in, and will no longer write political post. An Election Commissioner must publically appear unbiased. I have been on several sites for the past ten years, and I have decided to give this site a try.

Since it seems that the categories here are nonfiction, so my future post on this site may be about wrestling. This is one subject I know a lot about. I am fifty-three years old and have been a fan since I was ten.

In the seventies wrestling was controlled by local promoters, and there was no nationwide wrestling organization at that time. This all changed in the eighties, and now there is only one national promotion which is the WWE. There are other promotions, but they are all a distant second.

If I had been an athlete most likely I would have become a professional wrestler who would go by the name Tex Dermott. In addition to being a wrestling fan since age ten, I wrote my first story the same time. Since I cannot be a wrestler who goes by the name of Tex Dermott, I will remain the internet writer by that name.

Public photo is supplied by Pixabay and it is one that I use quite often.

I enjoy reading, writing, and wrestling.