Why netball is experiencing a surge in popularity

For years netball has been played by girls at school in physical education classes, during lunch break or as an extra curricular activity. From playing competitive netball to enjoying netball drills during PE classes, this sport has been popular within the UK and has begun to attract a massive following globally. 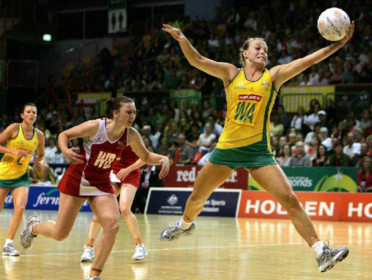 Netball is one of the fastest-growing sports in the UK and its increased popularity has even seen it being pushed for acceptance as an official Olympic sport.

Netball is the first sport many girls play and its popularity is further enhanced by the benefits it offers. From keeping active to boosting confidence and encouraging teamwork, netball has proven to be an excellent option for schoolgirls of all ages.

A fun way to keep fit

Part of netball’s appeal is that it is fast paced and fun. Although the game has set rules, it can easily be scaled down time-wise and played in a shorter period of time. This makes it an ideal school sport and a PE teacher can easily draw up a sport plan that can be adapted to suit a required time period. It is not just the game that is enjoyable, as there are also a number of drills that are entertaining and offer a cardio workout.

Netball is the perfect sport for girls to play during school hours, as it is designed appropriately. PE lessons are dreaded by many girls for a myriad of reasons, but netball is a game that is well suited and can foster team spirit and a healthy sense of competition between friends, all while getting some exercise.

Netball does not require fancy equipment or a large financial outlay ‒ all that is needed is a ball, a net and a court or playing area of some sort. The lack of infrastructure required has also made netball popular, as those with limited access to resources can still play. Players of all fitness levels and abilities can take part, which ensures that teamwork is encouraged, and those with low confidence and self esteem are included and can grow in a positive way.

Netball is an excellent option for children of all ages, regardless of their initial fitness levels, and the reasons for its surge in popularity are clear.