There was once a time when bowling ranked amongst the most popular sports in the world. Although it is still one of the most participated sports from a recreational point of view, the professional game no longer seems to exude the glitz and glamour that surrounded it during its heyday in the sixties and seventies.

As reported by both the BBC and Herald Scotland, bowling is one of the eight sports shortlisted as a demonstration event at the Tokyo 2020 Olympics. If successful, the increased worldwide exposure could well see the sport of bowling recapture those former glory days.

In the sport’s spiritual home of the United States, top competitors during the golden era of bowling were true sporting superstars, with many enjoying almost limitless earning potential. As ranked by the Professional Bowlers Association, here are the five greatest pro bowlers in history. 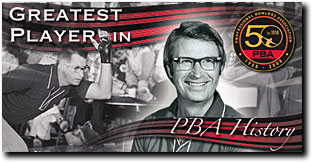 The unassuming and humble Anthony was the first bowler to break the million dollar barrier in terms of career earnings. Fourteen years after his death, the winner of 43 professional tournaments (including ten Majors) remains one of the sport’s most famous figures.

The all-time record holder for most tournament victories, Williams has arguably inspired more people to visit stores such as www.petesproshop.co.uk and don the bowling gloves than any other player. He has been voted PBA Player of the Year on seven occasions.

A true pioneer of the sport, Dick Weber was a founding member of the PBA. He remains the only professional bowler to win at least one PBA tour title in six different decades. A well-known figure throughout the US, Weber appeared many times on the television show Late Night with David Letterman.

The son of the legendary Dick Weber, Pete has won a record five U.S. Open titles. Known for his animated antics while playing, Weber has long been a controversial figure within the sport

A winner of 34 PBA titles during his career, Mark Roth became only the second player after Earl Anthony to top one million dollars in earnings. Roth was crowned PBA Player of the Year three times in a row between 1977 and 1979, before winning the award for a fourth time in 1984.