Why Do Dogs Smell? 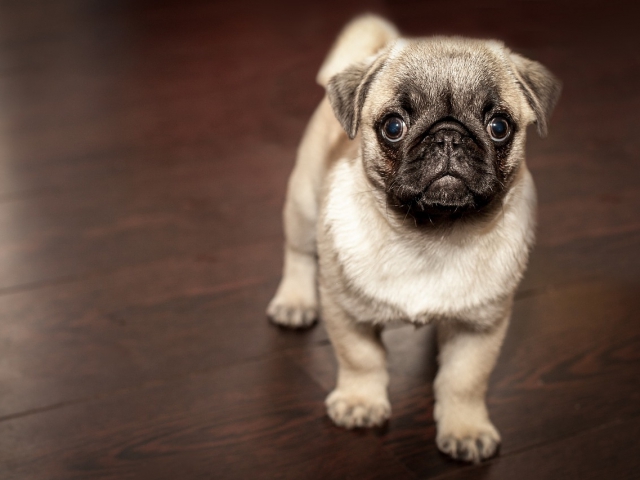 If you’re the proud owner of a dog, then you might have noticed that they smell distinctly dog-like. As time goes by, we might become accustomed to this odour – but that doesn’t mean that it goes away.

We might consider all dogs to smell the same (unless something is awry). But it is worth remembering that a dog’s sense of smell is far more sensitive than a human’s. They’re able to recognise other dogs by their scent with the same level of ease that we might recognise individual humans by their faces. For this reason, your dog might act quite strangely if you’ve been associating with another dog.

Dogs leave their scent through sweat, which mostly comes through their paws (these being the only areas of a dog’s body uncovered with hair). In humans, sweat largely functions as a mechanism for ridding the body of heat. Dogs are able to regulate their body temperature through panting, and so sweat is instead used for identification and signalling purposes. Much of this sweat is transferred through hair follicles, which is why a dog’s fur will carry that uniquely doggy odour.

How can I get rid of the doggy smell?

Now that we’ve determined just what that unusual odour is, we’re left with a few options when it comes to minimising it.

As we’ve mentioned, a dog’s hair can carry a great deal of its odour. For this reason, it’s important to remove stray hairs from wherever they’ve gotten attached. Clothes, sofas and carpets can quickly become festooned with stray hairs. Fortunately, help is at hand in the form of a lint roller – a small roll of sticky paper which can be used to rid an area of stray hair. It’s a great weapon in the fight against your dog’s odour – and should be considered indispensable by owners of fluffier breeds.

Naturally, a clean dog is a less smelly dog. You’ll therefore want to keep up to date with your dog’s grooming schedule. Some breeds – notably the hairier ones – will require more frequent washing and brushing than others. You might get this done professionally, if you haven’t the time or inclination to do it yourself. Alternatively, doing it yourself is an option – though you should prepare yourself for a steep learning curve, as getting a dog cleaned and combed is trickier than it might first appear.

While it might be tempting to mask the smell of a dog with strong-smelling shampoos and other products, this can often lead to misery for the dog, who might find the smells disorienting.

Frequent walks are a vital part of dog-ownership. They keep your dog healthy and happy. For this reason, you might occasionally bundle your canine into the back of your car and head out to one of the nation’s many public parks.

Unfortunately, when you return to the car, your dog might be considerably filthier than when you first arrived. You’ll be unable to wash and dry them there and then, and so a temporary solution is in order. This comes in the form of a boot protector. The best are specially designed to fit a given model of car, and thereby provide a tight seal, offering substantial protection. Hatchbag boot mats and liners are a great solution – they offer products to fit a range of manufacturers, including BMW, Land Rover and Ford boot liners.

Which smells represent a problem?

Naturally, while it’s possible (and advisable) that dog-smell be limited, it’s certainly impossible to eliminate it altogether – not least because the dog itself will likely be constantly re-applying its scent wherever it travels. Of greater concern are the smells that might indicate a problem. Dog owners should therefore be on the lookout for the following:

A repulsive smell, in many cases, suggests an infection. Bacteria love to reproduce in many places on a dog’s body, but warm, wet places like the ears and mouth are the most vulnerable. Some breeds are more prone to ear problems than others – specifically those with floppy ears. Mouth problems can be guarded against with simple dentistry. You might consider brushing your dog’s teeth occasionally, or offering them a dental chew toy. Most dogs will prefer the latter option.

Finally, it’s worth addressing flatulence. A dog that breaks wind frequently is a source of embarrassment and possibly disgust. It might indicate a problem with diet – or a more fundamental flaw in your dog’s digestive system. In either instance, it’s worth seeking the opinion of a veterinarian.