What Is Exactly Meant By Reincarnation? 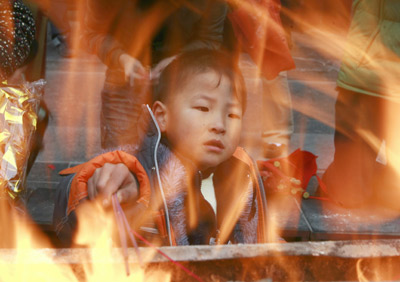 Reincarnation can be defined as the very belief that the soul goes through repeated births. As the body wears off after death, it is shed off akin to a garment and the soul travels to a new body again. So, soul is the constant thing that has been evolving through repeated births since time immemorial. A lot of religions across the world strongly believe in the process of reincarnation- including Hinduism, Buddhism, Taoism, Judaism etc. You will find discussions about reincarnation from the Kabbalah, the Bible, the Gita and so on.

It is said that reincarnation is a cyclic phenomenon, partaking the very cyclic course of nature itself. The very cycle of life is somewhat matching to cycle of seasons- just like birth & growth is followed by fruition & death, you have spring & summer followed by fall & winter. This process of cycling is observed with the occurrence of day & night as well as the process of life as well- whatever goes around will come around someday. This process of cycling is observed by the soul as too, making it to travel from one body to another over the course of time, as the previous body perishes. You must understanding that soul is something eternal and it never perishes with the end of the body. It just takes another body.

The aspect of reincarnation would be simpler to consume if you can think yourself independent of your body. The body that you see everyday in your mirror everyday is your “body” but not exactly your “self”. Your self or solute is your pure awareness. One can’t be observer (awareness here) of some object & be that very object. This very feeling is described in English language as “I AM” (3:13-14 Exodus) and in Sanskrit language as “Sat-Chit-Ananda” (Being-Awareness-Bliss). The soul actually develops from the awareness of “I AM” & not from the body.

Quantum Physics has already stressed that the matter usually depends on the observer (awareness) in order to exist & not vice versa. Thus, awareness doesn’t arise from brain or body. The bodies actually arise as the manifestations of primal awareness of beings. The brain and body simply filter the experiences which appear on surface of pure awareness.

Though reincarnation has usually been considered with a skeptical eye, yet belief in rebirth is pretty prevalent all across the world. Around 20 percent of world’s religious populace is Buddhist or Hindu & both the religions strongly believe in transmigration of soul. As per a recent market study, 25 percent of Americans have faith in reincarnation. Though the belief in reincarnation is usually believed to be an old-fashioned idea yet the recent studies have shown an increase in the proportion of believers of late.

If you too are intrigued by the concept of reincarnation, it would be interesting to note that there are online portals today that have Reincarnation shown. Yes, you would simply need to provide them with your data and they would find out who were you in the past life.