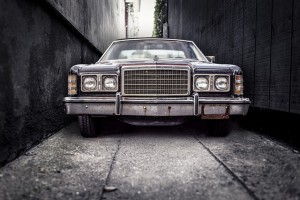 This is a new story that just popped into my head. Here’s the first scene. I hope you like it.

Hal Lawson was like any other citizen of Crystala. He worked every day at the local gas station making a meager salary that was barely enough to cover his monthly expenses. He was poor for sure, but living in Crystala was better than living in one of the other big cities like Chicago or New York. Crystala was a world in itself. It was in fact part on the United States, but they lived by their own rules. He often called it freak town, because it seemed that most everyone here had some kind of abnormality. It was like living in a comic book world at times. With Beastials, Lycanthropes and normal everyday Sadians running around everywhere, Hal was the one who felt like a freak because was so-called normal.

He in fact had no special gifts, unlike his brother and father who were both elementals and were members of the Sadian Protection Service. It was kind of like the CIA of the Sadian world, but Hal had no interest in justice even when he was offered police training after graduating high school. To protect and serve was their motto and he only had interest in serving himself, not that this line of thinking was getting him anywhere.

He walked out of his apartment building and out to his car, but to his surprise there was a man standing next to it. He instantly thought that his car was about to be stolen and ran swiftly to stop the theft from happening.

“What do you think you’re doing?” Hal called out to the man who was standing next to his car.

“Are you Hal Larson?” the man asked. He was wearing grayish blue casual suit and his shoulder length grayish brown hair was tied back in a ponytail.

“Yeah,” Hal said with a bit of confusion in his voice. “What of it?”

Hal had a look of shock on his face. It’s true he was behind on his car payments, but he never thought the dealership would take his ride. “Come on, man, give me a break. I’ll have the money on Friday.”

“Then you can pick up the car on Friday,” the man said and opened the car door. I had a key in his possession and all Hal could do was stand there as the man drove off in his car.

He wanted to punch something, but there wasn’t anything round to hit, so he just walked down the street with anger growing inside him and at some point it was going to get out. He feared it would and at the wrong time.

Note: Still coming up with more ideas to continue this story.

I am a 43 year old telemarketer who loves to write fiction.