With the current advancement in technology, using the new technological gadgets is becoming inevitable. It has become a very essential part of our daily lives that we can hardly do without in this era. This has enabled the new technologies to take an upper-hand advantage and misuse its own popularity. However, we as users carry the bigger responsibility. We have continuously been accepting each innovation with open hands without even giving a closer eye to the short term and long term negative repercussions. The problems and negative implications being associated with the technology are multiplying day in day out; but very few people seem to notice. This article is aimed at relaying the numerous negative effects of technology to help people know how to tackle them personally. By the time you finish reading this article, your inner eyes will have already been opened. Am sure it will also will facilitate you to formulate strategies that will see you fading away from the negative impacts.

Technology is highly associated with pollution. With the rapid-changing world of electronics and technology, the turnover rate for upgrades is staggering. This constant stream of out with the old, in with the new is adding to the levels of toxicity in our air and land. E-waste is not always disposed of properly, causing deadly chemicals to leach into the ground. Plants that manufacture the electronics are emitting toxic fumes into the air. Plus there is little to no regulations on the disposal of personal E-waste. This is one of the most unknown negative effects of technology.

Another negative effect of technology is depression. Technology creates the perfect recipe for depression with the lack of human contact, overeating and lack of exercise. There is a reason the use of antidepressants are on the rise and the blame can’t be completely dumped on the pharmaceutical companies. They aren’t carting people into the doctor’s office and force feeding them the pills. This isn’t to say that depression isn’t a real problem, but some people could cure their depression by living a healthier lifestyle.

Using technology can change a child’s brain. An article in Psychology Today says that the use of technology can alter the actual wiring of the brain. More than a third of children under the age of two use mobile media. That number only increases as children age, with 95% of teens 12-17 spending time online. The time spent with technology doesn’t just give kids newfangled ways of doing things, it changes the way their brains work. For example, the article says that while video games may condition the brain to pay attention to multiple stimuli, they can lead to distraction and decreased memory. Children who always use search engines may become very good at finding information—but not very good at remembering it. In addition, the article said, children who use too much technology may not have enough opportunities to use their imagination or to read and think deeply about the material.

Using technology can affect a child’s ability to empathize. A study on two groups of sixth graders found that kids who had no access to electronic devices for five days were better at picking up on emotions and nonverbal cues of photos of faces than the group that used their devices during that time. The increased face-to-face interaction that the test group had made students more sensitive to nuances in expression.

Overuse of technology can also affect a child’s own mood.  A report from the United Kingdom revealed that kids who use computer games and their home Internet for more than four hours do not have the same sense of well being as those who used that technology for less than an hour.  One expert explained that with less physical contact, children might have difficulty developing social skills and emotional reactions.

Technology Can Put Privacy and Safety at Risk. Improper use of technology can expose a child to numerous risks. Children who use technology may unwittingly share information that can put them in danger.  In 82% of online sex crimes against children, the sex offenders used social networking sites to get information about the victim’s preferences. And the anonymity of technology can also make it easier for people to bully others online. A quarter of teenagers say they have been bullied either by text or on the Internet. Sexting is another high-risk behavior of concern, with 24% of teenagers aged 14 -17 have participated in some sort of nude sexting.

Childhood obesity is on the rise, and technology may be to blame.  Pediatricians also say that severe obesity is increasing among young people. Although one traditional focus is on the amount and type of foods kids eat, one study says that obesity is on the rise, not just because of food, but because as we use more technology, we exercise less. With technology that includes cars, television, computers and mobile devices, the amount of time we spend sedentary increased and our time in physical activity dropped.

Social isolation is characterized by a lack of contact with other people in normal daily living, such as, the workplace, with friends and in social activities. We isolate ourselves by walking around in our own little world, listening to our iPods or staring at the screen of the latest mobile device even when we are around other people. Studies have shown that people who are socially isolated will live shorter lives.

Some of the negative effects of technology can be linked to the effect it has on sleep habits. We get sucked into online activities that keep us up too late and the constant stream of information can make it difficult to turn off our brains. Also, the ambient glow from screens can affect the release of melatonin, the sleep chemical. Keeping technology out of the bedroom would be a very healthy habit to acquire.

The use of technology has caused an increase in bullying and escalated the degree of severity. Kids are no longer able to escape their tormentors once they reach the safety of their own homes. Bullies infiltrate the security of their victims’ homes through online avenues. It is also easier to get more kids involved in bullying because people are more likely to say things online that they wouldn’t say in person. The increase in cyber-bullying has also led to an increase in teen suicides. 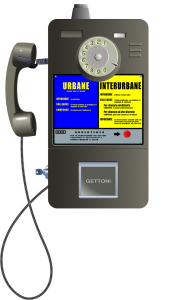 The internet has stripped the world of privacy. Long gone are the days of having an unlisted telephone number and staying offline to keep your information safe from prying eyes. With a few flicks on a keyboard the average person can find anyone’s address and contact information. For those with more sinister intentions, the use of phishing, viruses and hacking helps to find any information they wish to obtain. Plus, people have no sense of privacy online. They don’t think twice about tweeting every move they make, freely giving out their location on Google Map and putting their entire life story on Facebook.

Higher Level of Deceit. On the flip side of having no privacy, people use the internet to deceive others. Most people don’t dig too deeply when doing a search on someone to check them out. By creating a few false profiles, people are able to pretend to be whomever they want. People are being “catfished” on dating sites. Hell, you could be talking to someone on the FBI’s top ten most wanted list and not realize it until you see them getting arrested on the news.

Exposure to sexual content is more likely to happen at a much younger age. Before the internet the only chance a child had of being exposed to pornography was if their dad didn’t hide his Playboy magazine well enough. Now, well, let’s just say you pray your filters are doing their job when your kid searches for “Puss and Donkey” from Shrek.

Sexting is also a concern with technology being used at such a young age. There is no way in hell a girl would have taken a nude photo of herself and handed it to a guy before the popularity of texting. Yet, using your phone to snap a quick boob shot and texting it to your boyfriend seems to be no big deal. If you wouldn’t print the picture out and hand it to the guy, then you shouldn’t text it. And guys — girls do not want pictures of your penis. So stop sending them.

Lack of Social Bonds. Creating a lasting bond with other people requires face-to-face interaction. The more we isolate ourselves with technology the fewer bonds we will form. People are expected to do more work at home which takes away time they would be spending with their families. Also, younger people prefer communicating online versus face-to-face. When people are in the same room and communicating via text or instant messaging instead of speaking to each other, there’s a problem.

Constant Distraction. When we are focused on a device instead of what’s going on around us we miss a great deal. Think of the number of times you have been texting or talking to a friend and missed the opportunity to flirt with the hot guy standing beside you. There is also a rise in the number of injuries incurred by people texting while walking.

Shortened Attention Span. The use of social media has shortened our attention span from 12 minutes to 5 minutes. Constant news feeds, getting information in 140 characters and videos that are 10 minutes or less has literally rewired our brains. People who are online an average of 5 hours a day have trouble remembering people’s names, forget pots on the stove and even their own birthday.

Addiction. People are not only dependent on technology they are also addicted to it. Studies have shown that when cell phones are taken away subjects heard or felt fathom vibrations, continuously reached for phones that weren’t there and became fidgety and restless. These are some of the same withdrawal symptoms you would expect from doing drugs. Neurosis. Technology causes people to suffer from mental and emotional disturbances, such as anxiety, phobias and delusions, which are all symptoms of neurosis. Being convinced you’re very ill after looking up strange diseases on WebMD or thinking you are famous because you have had a viral video are a couple of ways technology neurosis manifests itself.

As a conclusion, it would be advisable to be more mindful of the overall time you spend using technology. You should train yourself not to easily get carried away by the technology. Maintaining a balance between the time you use with technological devices such as phones and computer would also help greatly. That said, its now upon you to make your decision.

I am a freelance writer with a Degree in Information Science. Writing is my passion, and its one thing I cannot do without. I may not be so famous, but as you know, a journey commences with a step. I write on different Topics as long as I have the required information and understanding of it. Socializing is also a fundamental part of my life. When am not writing, am either reading novels and articles or playing tennis.