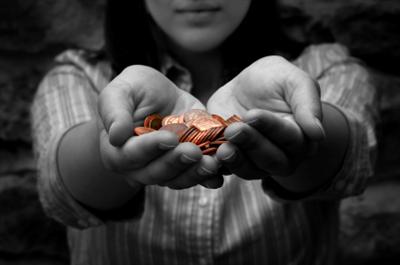 If you’re a member of a business of a given size, then you might be familiar with the term ‘team-building exercise’ – which is regarded sceptically by much of Britain’s workforce, as an excuse to force workers into the company of people with whom they associate misery and stress, and to prevent actual work from being done.

But far from being the waste of time they’re often perceived to be, fundraising events, challenges and tests of physical endurance can confer a number of concrete benefits. Let’s take a look at a few of them.

If you’re going to arrange for your staff to participate in a fitness test, like a long-distance cycle ride or a steps-per-month walking challenge, you’re going to improve their health. This is particularly so in the case of sedentary office workers, who spend little time moving around and a lot of time staring at screens.

Clearly, if your staff are healthier, they’ll be more productive. Not only will they have less time off sick, but they’ll be happier and more satisfied with life. This boost in morale is contagious, and has a positive-feedback effect – one happy worker will re-enforce the positivity of another.

Of course, one of the main selling points of a charity event is that it’s fun. It offers a break from the mundanity of the daily grind. Even if you’re fortunate enough to work somewhere exciting, it’s worthwhile to remove oneself from the setting every so often and experience something new.

The overwhelming majority of workers will relish the prospect of visiting an exotic location – so much so that they’ll even tolerate the company of colleagues with whom they might not get along so well. Fortunately, a team-building excursion can help foster friendship and solidarity, and help a team to bond with one another.

Some departments of a business are naturally at odds with one another – particularly if they spend most of their time in isolation. Of course, when things go wrong, it’s more socially useful to blame other departments than it is to blame oneself – or one’s immediate co-workers. Fortunately, one always has access to a scapegoat in the form of the accounts department, or the IT department, or the HR department. Moreover, it’s easy to form a mistrust, or even dislike, of someone if every meeting you have with them is a result of a problem which they might have had a hand in causing.

Now, there’s nothing wrong with a little inter-departmental rivalry – so long as that competition proceeds on the understanding that everyone is working towards the same objective: an effective, successful organisation. A business which is divided into competing factions is not going to perform as well as one that’s united. In the face of adversity, it will crumple, where a united business will thrive. Team building is vital in turning the latter into the former.

A team-building excursion can help to break down negative associations, and help a workforce realise that they’re all in the same proverbial boat. This will not only mean that they’re more pleasant toward one another, and understanding when things do go wrong, but that they’ll be less stressed and worried that other people are going to gossip and scapegoat them. This in turn will make for a happier and more effective workforce.

Being able to co-operate with one another is a vital skill for members of a business. Long, difficult events, like charity cycle rides, will foster exactly that co-operation. In order to succeed, every member of the team will need to support the remainder – and those who fall behind will need to be supported and encouraged (or carried, if necessary).

Human beings are, generally speaking, very good at underestimating their limits. This is great from a survival point of view, since it prevents us from overexerting ourselves when it isn’t necessary to do so. But it’s worth occasionally reminding yourself that you’re capable of a great deal more than you’d think. Marathon runners often report that they’ve hit a proverbial ‘wall’, at around sixteen miles into their task, where their body protests that it can go not one step further. But almost everyone who hits this wall goes on to complete the race.

A challenge, once completed, offers just such a reminder. The next time someone grumbles that a given task or target is unrealistic or even impossible, they’ll inevitably be reminded of the even more herculean task that was successfully completed in the team-building exercise. And, armed with that knowledge, a team will conquer every challenge that comes their way!