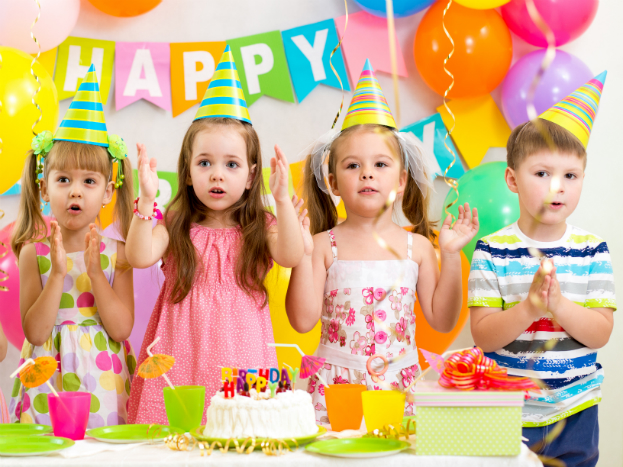 With gaming becoming a favourite recreational activity for teenagers everywhere, it’s no wonder that many parents are deciding to incorporate this popular hobby into their teen’s birthday parties. Gaming is becoming more and more popular with both boys and girls, and many teens are shunning traditional birthday party games for something that they enjoy more – playing on their gaming console. Times are changing, and this is shown by the amount of gaming party ideas out there for parents planning a party to remember for their teen.

Let’s face it – inviting your teenager’s friends round for a few hours, making some party food for them and letting them play games together is a much easier party idea than coming up with a number of party games and prizes which you then have to organise. It’s also a lot quieter for you – with five or so kids glued to their gaming consoles, you don’t have to worry about excited teenagers wreaking havoc around your house.

Gaming sleepover parties are also becoming more and more popular, and having a bunch of friends over for the night to play their favourite Xbox or PlayStation games is a party idea that your teenager will probably love. Prepare for some rowdiness though – gaming can get really competitive, but what really matters the most is that they’re having fun and enjoying themselves.

Because of how popular gaming is becoming as a party idea, you can hire gaming pods and gaming experiences for your child and their friends from a number of different companies. Gone are the days of a party bus or bouncy castle, as today’s kids are looking for something a bit more high-tech – and can we really blame them with the way technology is advancing. The Games Pod is like a gaming party bus for children and caters for kids of all ages and even adults, making it brilliant to hire for any game-lovers birthday party. Hiring a gaming pod also means less mess in your house – the party comes to you!

As with any party idea, gaming parties do have their downfalls – although we believe that the good definitely outweighs the bad. Unless you’re hiring a specific gaming pod or visiting somewhere for the occasion, throwing a gaming party can be difficult if you’re planning to invite a large number of children to the party – prepare for arguments about taking turns on the console or having to play mediator or comforter if somebody loses a game. Gaming parties can also be difficult to incorporate into birthday parties where adults will be present – nobody’s expecting Grandpa to want to have a go at GTA V, although you never know.

Have you thrown a gaming party for your teenager, or even for an adult relative or friend? What was the experience like, and would you do it again? We’d love to hear about your opinions and experiences, or any tips you might have regarding organising a gaming party in the comments.