Moving from curved TV to curved mobile screens – What difference will it make?

Throughout the years, the features of a mobile phone have advanced so that many devices are now able to perform and complete similar tasks to that of a computer. In fact, the design of portable phones have also differed over the years and many phones have now moved from the traditional rigid screens to curved mobile phone devices. The LG G Flex – which is claimed to be the first curved mobile device ever produced – is just one of the many examples of rounded phones that grace shop shelves in the modern era. We take a look at just a few of the reasons why many people are opting to purchase devices with curved screens rather than flat phones and discuss the various ways that a rounded device can be advantageous. 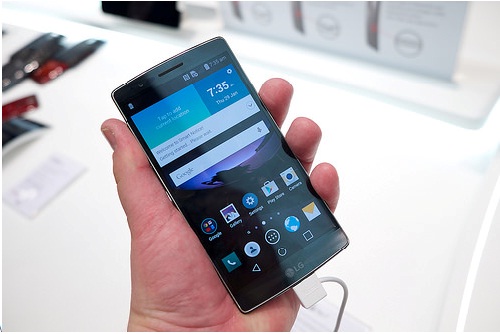 Image by  Janitors
One of the major pros of the curved smartphones is the size of the device’s screen and the ability to play and access numerous applications that provide a much better experience than on a flat phone. For example, many people enjoy playing online casino games on their smartphones and, with the new curved screens, it is now easier to see the different types of game and they are much more comfortable to hold in your hand while focussing on an online game. With other games – such as Doodle Jump and NFL Showdown – it is extremely straightforward to play and rotate the device, which proves particularly useful for games that require users to travel in different directions.

Furthermore, the design means that the phone can slot next to the user’s head whilst avoiding the likelihood of earache. The curved edges mean that people can press the device to their ears and it fits a lot better in your hand while you are actually using the device. Although Bluetooth devices are becoming increasingly popular, many people prefer to use the actual speaker unit on the smartphone as it provides a much clearer sound and users are able to hear without any complications. In addition, these phones are made with extremely tough glass and Samsung described the Corning Gorilla Glass 4 as ‘the toughest glass to date’. Hopefully this will stop many breakages from occurring in the future.

The new design means that, on the curved edges, applications can now be accessed on the side of the phone. This means that you no longer have to worry about tilting the phone in different directions and losing applications as the new design ensures people can click on applications no matter how the device is being held. With a higher pixel density, the screen can provide an incredibly clear image that is unrivalled and is yet to be seen on other mobile phones. That is an incredible feat. Add that to the lightweight design of the phone and the extremely quick charging time – with Samsung suggesting that their new model can charge 1.5 times faster than the Galaxy S5 – and the new curved type of smartphone may be the way forward for businessmen, online shoppers and regular games in the near future.

I am a published children's author who loves to blog.