How Much Food Has Changed in the Last 50 Years

When considering the changes in the food which we eat, it is vital to think about the myriad of factors which have surrounded these changes. Many of us are eating far fewer freshly prepared meals and instead opting for more convenient choices due to their availability as well as the fact that many couples are out at work all day.

Healthier Foods Than Our Grandparents?

According to research carried out by Danish scientists, much of the food we eat today is far healthier than it was 50 years ago. One such reason behind this is due to the fact that the pigs which produce the pork products we eat are slaughtered earlier and fed with a soya-based diet, making the meat leaner than the meat that we would have consumed in the mid-20th century. 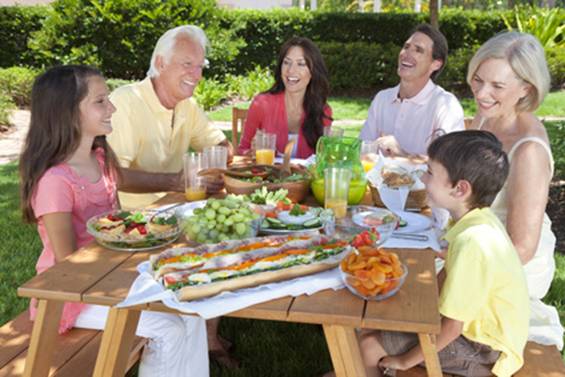 Similarly, increases in intensive farming methods have lead to meat becoming cheaper, making it possible for us to eat meat more regularly. Reduced costs for shipping food across the world coupled with the widespread freezing and preservation of various cuts of meat have also contributed to this.

This has also led to a reduction in quality of some of the meat that we are eating. Intensively farmed meat can suffer from a lack of nutrients due to the animals not getting enough sunlight and the fact that they are bred to be ready for slaughter more quickly than they would ordinarily have been. In order to eat meats which have the same level of nutrients that would have been found 50 years ago, select organically produced free-range cuts, where animals are produced in a more natural environment.

In today’s culture of health and safety standards, where legislation and guidelines have become some kind of a joke in the media, there has been a massive change in the way our food is looked after before we get to it. Accounts from a food standards expert with fifty years’ experience point to the fact that when they started, it was necessary to wash hands following use of the bathroom, but never really any other time. Nowadays, the food preparation areas in shops and restaurants are kept very clean to prolong the life of the food.

The availability of the utensils that we used to prepare our foods have changed greatly too. Whereas our grandparents would have expected the equipment such as kitchen knives that they received as a wedding present to last a lifetime, we are more likely these days to purchase utensils ourselves from large stores, or online retailers such as cilantrocooks.com.

In addition to the changes in meat farming, the way in which produce is grown has also been revolutionised in the last half-century. Thanks to the investments made in farming and the storage of produce, it is possible for us to buy fresh fruit and vegetables all year round without necessarily waiting for the British season. This has increased the choices consumers have whilst also keeping prices down.