Why Automation Testing is Crucial for Mobile Apps? 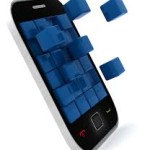 In any software development life cycle automation testing typically guarantees smooth performance of the tested software and resulting satisfaction of the users. Mobile apps now is the main face of software development with millions of apps making the largest app market which is expanding at a rapid speed overtaking all other device niches for software and app development. In case of mobile apps automated testing carries a special significance because majority of mobile apps across the app store fail to deliver performance required for surviving like a business.

Without testing the app you cannot ensure a smooth bug and crash free performance and satisfaction on the part of users. In the present stage of mobile app development automated testing enjoys more popularity because this type of testing allows you to test the app across diverse platforms and devices and show you results in an authentic and categorized manner. Moreover, in complete contrast to manual testing automated testing helps in saving time and energy spent in a regular manner in the various stages of development.

Why automated testing is crucial?

Testing mobile apps is more than just testing the app in diverse devices. This needs addressing a wide array of aspects related to the app performance on different platforms and ease of use on different devices. An app testing procedure with manual device specific approach just falls short of recognizing every different aspect needing further optimization or repair. This is the precise reason why mobile app developers now prefer automated testing that allows them to test the app on an array of devices.

Most advanced automated testing tools are capable to find flaws in the app in consideration of real world understanding of user experience and ease of use. The app performance and user satisfaction largely depends on the optimization of the app in consideration to this practical user challenges and automated testing has already been proved competent in offering a guidance to achieve that.

Moreover, a device by device testing procedure is too much time consuming and requires separate testing professional and focus from the developer team. This actually takes a toll on the development time cycle and makes it longer than usual. There is another great advantage to automated testing, that is to say, step by step testing results produced by these tools. With such step wise testing results the developer can be informed of the flaws from time to time and accordingly can address issues and performance flaws.

There are different important considerations to an mobile app testing process. The testing tool may be given a priority of testing some aspects of the app at a certain stage of the app development process and can be used to meet certain objectives in regard to meeting the user expectation. Testing budget, time taken by the testing process in the development life cycle and track record of the particular testing software in meeting expectation, these are all important factors.

Manual effort in app testing already proved to be less efficient, less effective in driving performance, speed and accuracy and more consummate in respect of increasing budget and complication. Moreover, the typical human mistake involved in manual testing can completely avoided and so called human preferences can be replaced by objective and logically driven findings of app flaws. Quicker feedback to the developer team and consequent reduction in total development time is another major benefit that is making developer firms switch to automated testing.

Just think of the overwhelming range of mobile devices, respective platforms, screen sizes and stunning features that are increasingly becoming diverse. These increasingly feature rich, overwhelmingly diverse mobile market place offering greatest challenge as for ensuring a similar app performance across the devices and platforms. Manual testing simply cannot take all these different devices with different features and dimensions into consideration and naturally it is bound to fall short of the expectation.

For a testing apparatus remaining stagnant with a set of objectives and procedural logic is the most unexpected thing as mobile devices with emerging trends, technologies are changing at rapid speed. Addressing this huge variety and robust forces of change while meeting the user expectation is the biggest challenge faced by app testing apparatus.

Furthermore, with the rapid development gaining momentum app development time and life cycle is becoming a crucial consideration and in that respect also faster feedback and simultaneous testing with the development process is making automated testing the worthy candidate to consider. Here below we are providing some key aspects that make automated testing perfect solution for mobile apps on smartphone and other advanced mobile devices.

As performance and speed is becoming vital consideration both for the mobile app usability and the development cycle, automated testing apparatus offers the ideal solution to address issues on both respects. Early detection of app performance flaws or any issues will help addressing them faster and thus actually will prove effective in minimizing the impact. Lastly, with automated testing you prevent drainage of development time, energy and manpower and thus boost the ROI of the developer company and the client. It already emerged as full proof testing mechanism with least chance of delivering a faulty app at the time of app store submission.